Project hrady-zamky.sk is located in the archives of the University Library as part of the long-term protection of the intangible cultural heritage in the form of digital sources and documents.

We personally visited all the objects on the site. The list is gradually expanding.

- castles and chateaux, town castles
- castle ruins, remains of walls
- fortified monasteries and monastery ruins
- fortresses, stone watchtowers
- renaissance mansions built on the foundations of the castle, on the site of a former castle or other fortification, fortified mansions

Not our primary goal, but may appear on the site: 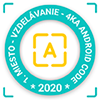 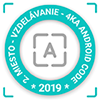 Is any castle or manor missing on the site? It means we haven't visited it yet.
If it meets our categorization requirements, it will definitely be added to our list in the future.